The Saint Bernard dog breed is undoubtedly one of the most famed dog breeds in history with its origin pointing at a cross-breed between the Asian Molosser from Rome and the native dogs in Switzerland during the Roman invasion. More than 2000 people had their lives saved by Saint Bernard dogs in the two centuries that they were used by the monks who served in a famous Swiss hospice.

How they came into the hospice

The dogs were initially used by farmers and cattle keepers to guard, herd and other duties but after the establishment of the hospice by the Archdeacon Bernard de Menthon they were soon kept by the monks who run the hospice. The Great Saint Bernard Pass was a popular route that connected Italy to Switzerland which was frequented by travelers and marauders who used the route for their pilgrimage to Rome. The Archdeacon saw the need to put a hospice in these 2469 meter-high Alps to provide refuge to these people this was during the 11th century. The monks are thought to have started keeping the around 1660 to serve as guard dogs against the thieves that were common in the route. They were previously known as valley or farm dog but got their famous name after they come into the hospice.

The monks first discovered that the dogs had an impressive sense of direction and their acute sense of smell when they started taking them as companions on their mercy trips. The dogs were able to find the right path in snow storms and in dense fog guiding monks and travelers to their destination, they were also able to detect impending avalanches and warn the monks beforehand. After this discovery the dogs were let out on expeditions of their own in packs of 2 or 3 to find lost travelers, their acute sense of smell played a huge role here by enabling them to track a person’s smell even when they are buried under snow. They would then proceed to dig the person or people out of the snow and if the person is found alive one would be left behind as a companion and source of warmth while the rest went back to get help. Their amazing abilities and the many lives they saved was the main reason why they were renown in the world and made their way into history books.

The dogs that were in the hospice interbred between each other which created a distinct breed that was different from the ones in the valleys this was mainly because the Alps were isolated. Saint Bernard dogs even to this day are known to have short life spans compared to other breeds, so there was need for the monks to replenish them after a while. The dogs were widely available in the area all they had to do is go and get pups from the valley lands. The monks’ attempts to give the dogs a heaver and longer coats to battle the brutal winters failed as the coats trapped snow which only made them colder. 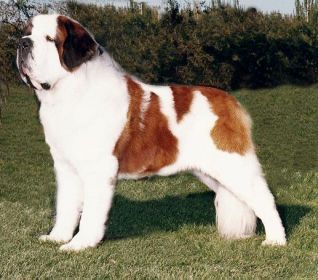 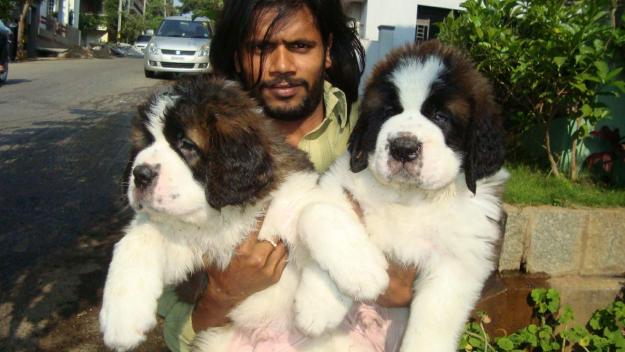